Sustainable carbon black made from renewable feedstock is becoming more and more in demand. But for technologies to fully produce lower cost, carbon neutral versions, they may still need to be fine- tuned, says Angelica Buan in this report.

The carbon black market will grow at a CAGR of 9.9% between 2020 and 2026, reaching US$24.1 billion by 2026, according to a report by Lucintel, Four Trends Shaping the Future of the Carbon Black Market. 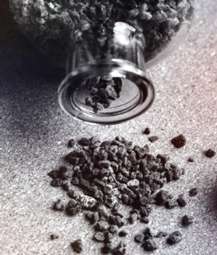 Against the growth expected, carbon black emits hazardous air pollutants (HAPs) including benzene as well as other organic HAP. Moreover, the furnace black process, which uses heavy aromatic oils as feedstock, has traditionally produced the majority of carbon black. The thermal black process, which uses natural gas as feedstock, is a less common method.

Growing awareness of the environmental and health risks associated with exposure to these toxic pollutants, as well as the urgency to use renewable feedstock and processes, are allowing for a shift to more renewable carbon black.

Carbon black sustainability is not a new topic, but discussion has increased in tandem with discourse about climate change, according to UK consulting firm Smithers.

In its report titled The Impact of Sustainability on Carbon Black to 2041, Smithers identified four key technologies that it claims will develop over the next two decades and be widely adopted by OEMs: recovered carbon black (rCB) from waste tyres via end-of-life tyre (ELT) pyrolysis process; methane pyrolysis; renewable carbon black, which will use organic materials instead of petroleum feedstock; and circular carbon black, which will also use ELTs.

By 2041, it is projected that all four platforms will produce 1.98 million tonnes of carbon blacks, which is equivalent to about 20 conventional carbon black furnace lines.

Meanwhile, rCB technology can be up to 85% less carbon intensive compared to furnace black. Thermal processing is necessary for the recovery and preparation of rCB, so “it will never be completely carbon neutral,” the report said, adding that specifications and quality control still need to be established, and the current generation of rCB technology will need to be improved to produce harder blacks.

The report also said the high cost of producing rCB is a disadvantage from a commercial standpoint and that the cost and prices are five to ten times those of conventional carbon blacks.

Methane pyrolysis is a less energy-intensive alternative to furnace black manufacturing. While the pilot lines are set up to use natural gas as an input, the technology has the potential to be expanded to work with bio-gas or bio-methane. “Beyond scale up, the main requirement for end users is refinements that allow methane pyrolysis to produce harder, more durable carbon black grades,” the report said.

Even with the higher cost of producing rCB, used in both rubber and specialty black products, Smithers reported that the rCB technology is becoming a more common choice for 65% of tyre OEMs seeking sustainability.

What makes rCB an even more environmentally friendly option is that producing and using more of it helps to prevent the consumption of various natural resources such as tonnes of feedstock oil, coal tar, and ethylene, as well as supporting carbon emission reductions. 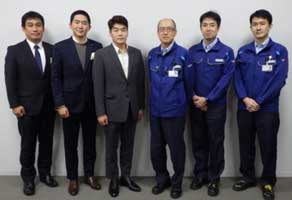 Through this agreement, the two companies will jointly develop products so that LD Carbon’s GCB (green carbon black) can partially replace existing carbon blacks that use fossil fuels. Based on its patented technology, LD Carbon produces rCB by utilising the residue generated from the pyrolysis of waste tyres and supplies it to tyre and rubber product manufacturers.

Meanwhile, LD Carbon is investing more than US$38 million in the construction of a new plant with shredding, pyrolysis, and rCB facilities, which is expected to be completed by the end of 2023. The plants will be able to produce approximately 20,000 tonnes/year of GCB and pyrolysis oil. When completed, LD Carbon’s new plant will be the largest in Asia.

Klean, a US-headquartered clean technology company and CCG, an Australian company that converts waste into new building materials, anticipate the project being financed before the end of the first quarter of 2023, with construction taking place in 2023 and operations starting in 2024.